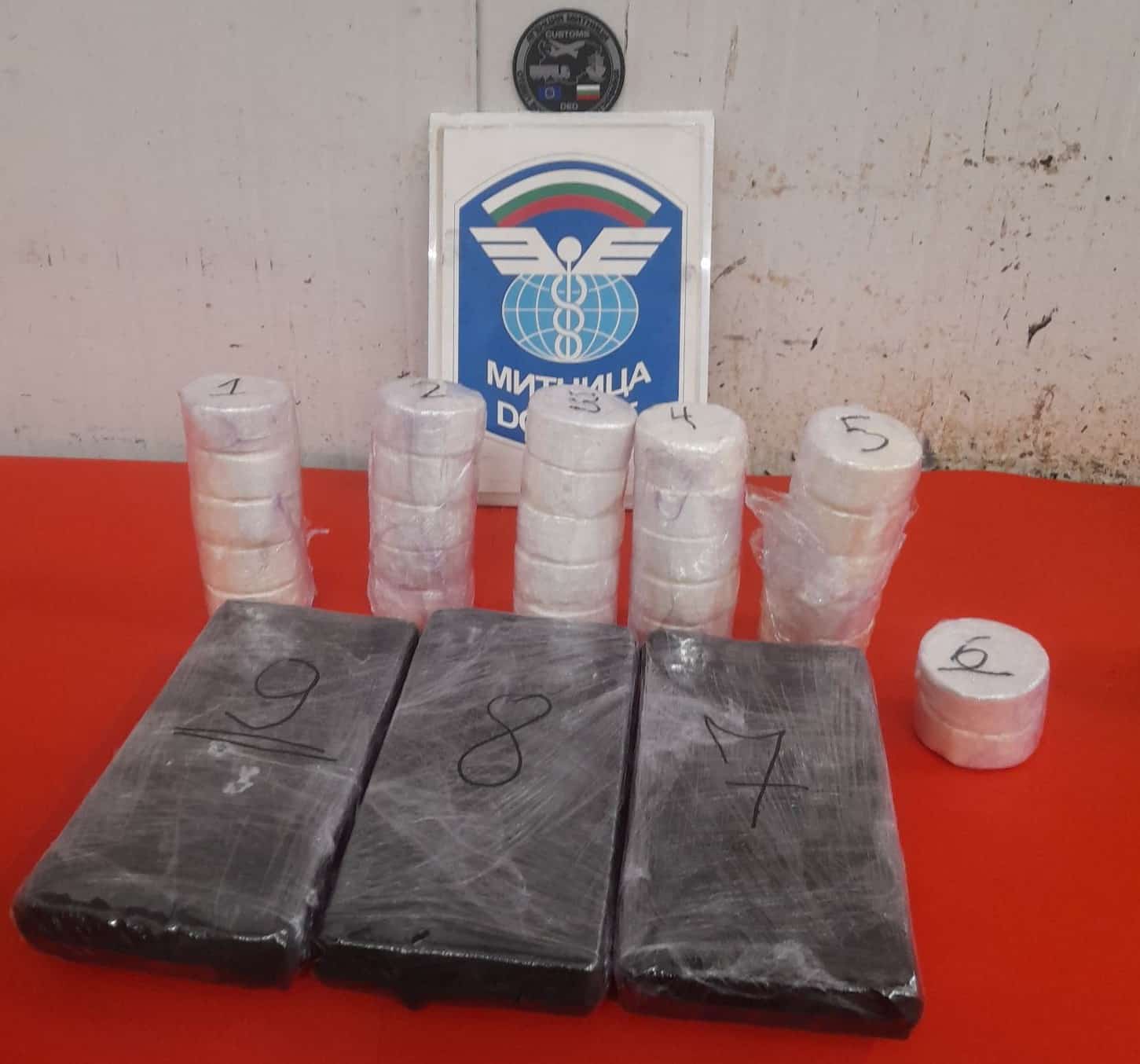 Customs officials found 6,476 kg of cocaine worth over BGN 777,000 during an inspection of a truck leaving the country.

On 18.01.2023, a tractor with a semi-trailer with a Turkish registration number, driven by a 39-year-old Turkish citizen, arrived at the Kapitan Andreevo highway on the “Outgoing trucks” route. The truck was selected for a thorough customs inspection, where a total of 9 packages containing a white powdery substance were found in the dashboard and behind the upholstery on the back wall of the driver’s cab. In the field drug test, the substance reacted to cocaine, and the total net weight was 6.476 kg. for a total of BGN 777,120.

In the course of the inspection before an investigative customs inspector, the truck driver stated that he had used drugs. In this case, the customs officers notify the competent authorities from the traffic police to the Ministry of the Interior. The driver of the cargo composition was tested with a technical means “Drug Test”, the reading of which gave a positive result for the use of amphetamine and methamphetamine. A pre-trial proceeding has been initiated in the case, which is being conducted by an investigative police officer from the RU-MIA – Svilengrad under the supervision of the District Prosecutor’s Office – Haskovo